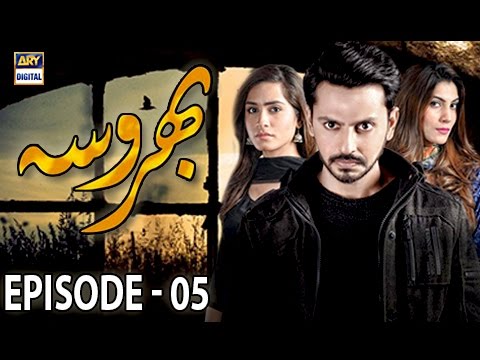 A upcoming drama serial Bharosa will be on aired dated 20th March 2017 , the play is written by Ghazala Naqvi and directed by Ali Akbar illustrates a diverse story of seeking true love and crossed fate when that true love slips out from hands. Shaheer and Raima shared this love bond, however their family decisions stood against them and had Shaheer insisted to get married with Samia his cousin. Samia shared her feelings with Kabir who is not sincere at all. The brutality shadows the situation of Shaheer and Raima, when he disagrees on marrying Samia but the offensive decision made Samia burn in the fire of revenge and made the family state in gruesome situation.