Lightening reflecting of the water 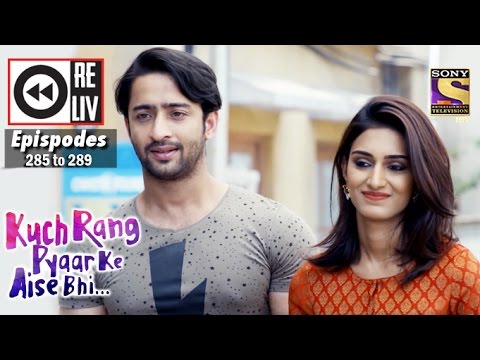 Watch the Weekly Reliv of Kuch Rang Pyar Ke Aise Bhi from 3rd Apr to 7th Apr 2017 back to back!

Kuch Rang Pyar Ke Aise Bhi (English: A few colors of love can be like this too) is an Indian fiction romance television series, which premiered on 29 February 2016 on SetIndia TV Channel. The series is a realistic take on the romantic relationship between Devrath and Sonakshi. Their love story and how it will impact the unique, close-knit relationship between Devrath and his mother is the main theme of the show.The show is set in Delhi, and revolves around Mr. Devrath Dixit and Dr. Sonakshi Bose.Dev is a successful business tycoon who lives with his mother Ishwari, whom he's devoted to, his three beloved sisters, Neha, Nikki and Riya, his uncle, aunt and their son. Dr. Bose, on the other hand is a consulting nutritionist, who hails from a middle class Bengali family of five, and is appointed by Dev for Ishwari's permanent consulting nutritionist. Initially, both Ishwari and Dev are indifferent to Sonakshi but gradually form a bond with her.